The Cachoeiras de Macacu region is very attractive for outdoor tourism activities, because of lthe arge areas of rainforest, rivers, waterfalls and mountains interspersed with rural landscapes. A large part of the region is protected.

Hiking and trekking, biking and trail riding plus adventure activities such as mountaineering, rappel, hang gliding and canyoning are all possible.

With more than 400 bird species, including endemics, it is also a a great destination for birdwatchers.

Ruins of the Church of São José de Boa Morte

The ruins of this 17th century church on a small elevation are located in a rural area, bordered by rainforest. It has a standard simple layout of ship and chapel. In the simple facade there is a big door and three high windows. If you go inside you will see there is a beautiful view of the majestic Serra do Mar mountain range There are also some remains of the lateral tower and an old cemetery. The ruins have been provisionally declared a RJ State Heritage in m 1989. 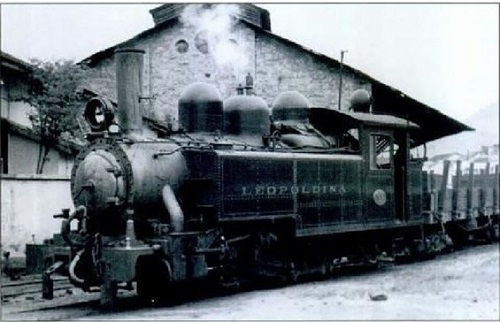 The Leopoldina Railway connected Niteroi to Nova Friburgo by way of the Caixas harbor in Itaboraí. It was the first mountain railway in Brazil and the mountain stretch started in Cachoeiras de Macacu.  It operated from 1873 to 1965. It used the Fell system and equipamento from the Mont Cenis railway, which once linked France and Italy. In 1883, the orginal locomotives which had high maintenance costs were replaced by Baldwin locomotives

Today what remains of the railway are stations, bridges and some of the old tracks.

A Igreja da Santíssima Trindade was inaugurated in 1743. It was originally a chapel on the farm of  Dona Francisca de Azevedo.

Unfortunately, it was abandoned due to administrative changes and is now in ruins. Only the lateral walls remain. Though they are on private property, they can be seen from the road.

The church of Santana de Japuíba also started as a chapel constructed by the farmer Manoel Ferreira da Silva in 1732. As the access to Japuiba was by the Macacu river, the church as built facing the river. The church was abandoned at the beginning of the 20th century, but has since been restored.

There are several old manor houses in the region. The Casarão Antiga de Japuiba (Japuiba), was built by the portuguese trade Bertholdo Duarte, around 1875, orginally as a warehouse. The manor house of the Santana Fazenda (Japuiba) is now a cultural center 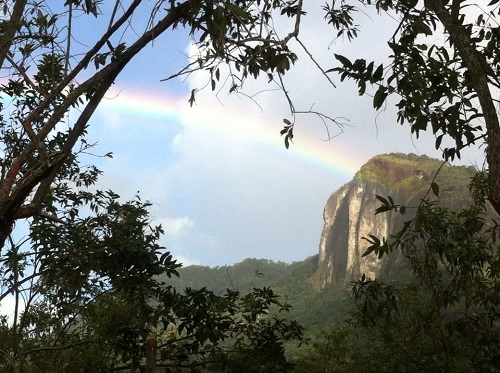