Cachoeiras de Macacu is only 90 km (1 ½ hours by car) from Rio de Janeiro and located in the foothills of the Serra do Mar, the mountain range close to the Brazilian southeast coastline..

The landscape of mountains, hills, rural areas and rain forests, interspersed with rivers and its many waterfalls make for an enchanting place. Due to large tracts of protected areas and its important function as a main watershed, the municipality is ranked in the top 3 of the Enviromental Conservation Index (IFCA) of the State of Rio de Janeiro. 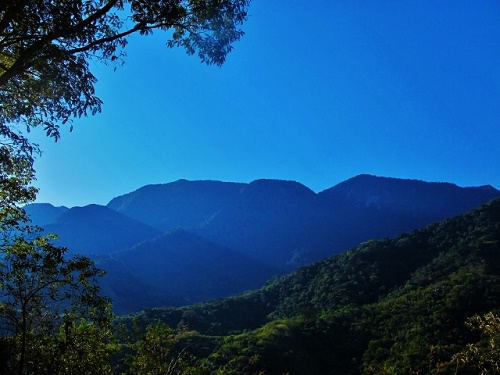 The region still preserves important tracts of the endangered Atlantic Rainforest. The highest rates of biodiversity of the State of Rio de Janeiro, where found in this part of the Serra do Mar. Large mammals, such as the woolly spider monkey, jaguar and puma still survive here. Cachoeiras de Macacu is also very attractive for birdwatchers. More than 400 bird species have been registered at the Wikiaves site.

The highest point here is the Caledonia Peak (2257 m) non the border with  Friburgo. From the top of the mountain, you have a splendid view of the mountains and coastal plains. On clear days you can see all the way to the Guanabara Bay and the city of Rio de Janeiro. 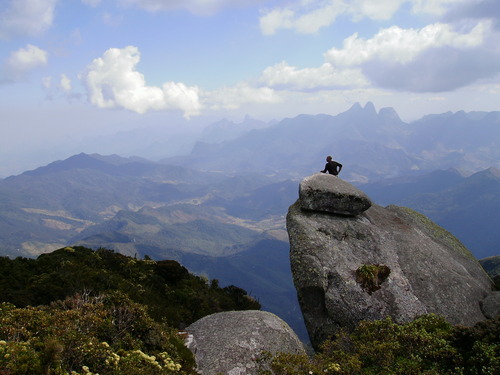 Caledonia Peak with the 3 Picos in the background(Panoramio)

Nearly half of the municipality is protected area.  The main area is the Tres Picos State Park (PETP).  About two-thirds of the 46.350 ha park are within the boundaries of Cachoeiras de Macacu,. The rest is divided by Nova Friburgo, Teresópolis, Silva Jardim and Guapimirim. Another key area is the private reserve RPPN Guapi Açu (REGUA), a partner of iHOCA and the Desempenho Riding School. 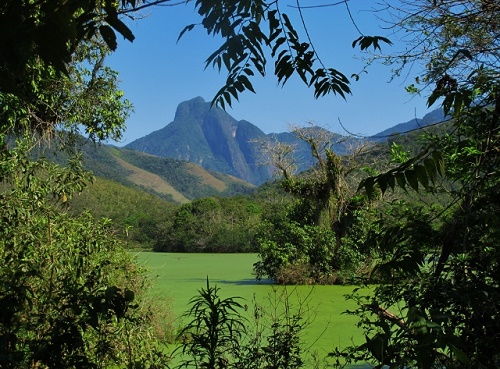 The PETP forms a rainforest corridor with  the Serra dos Órgãos National Park  and the Estação Ecológica Estadual do Paraíso State Ecological Station, which enhances its importance as a refuge of many species of fauna and flora.Together with other protected areas the corridor forms the even larger Central Fluminense Mosaic. 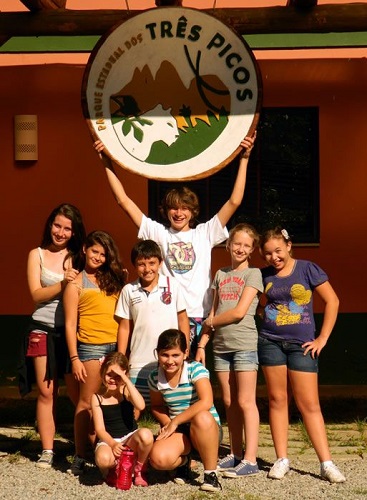 The region was already colonized in the 16th  Century and always had a rural vocation. During the second part of the 19th Century the Leopoldina Railway (Cantagalo branch) made  Cachoeiras de Macacu or Raiz da Serra de Novo Friburgo a stop on the line from  Guanabara Bay to  Cantagalo.  The railway was deactivated in 1965. Today the trajectory, which has nor rails, but still has the bridges and stations is used for hiking and trekking and ecotourism.